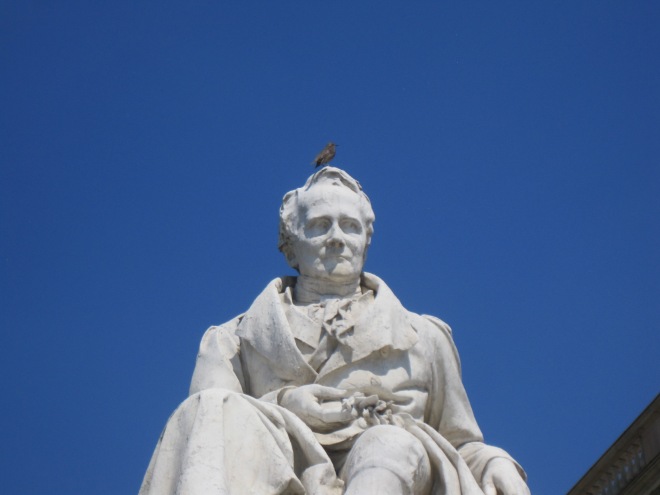 On the drive back from a recent weekend adventure, my husband and I invented a new game.

We took turns challenging each other with random elements from fantasy or sci-fi. The object was to come up with a new and interesting way to use it in a story.

Some of the prompts we played with were Werewolves, Tree Spirits, People Living in Caves, and Music as Magic.

When one of us collected a few thoughts on how to use the element in a non-cliché way, we talked it out. Together, we developed it a little further, asking more questions, coming up with possible plots and sources of conflict. When we ran out of ideas for that prompt, we moved on.

We actually invented some pretty awesome stuff that I jotted down for possible use later.

Like, “Werewolves: They’re not human and never were. They’re a race of shapeshifters, wolf-like in appearance, whose power is tied to the sun and moon. So when the moon is near the sun and “new” they can shift into anything. As the moon gets fuller and farther from the sun, they have a harder time maintaining anything but their own shape.”

I don’t know if anyone has done werewolves that way before, but I’d read it.

I highly recommend this as a way to flex creative muscles and just play with stories.

But it seems to mean that the only time a pregnant woman is allowed “on screen” in a story is when the fact of her pregnancy causes conflict.

And I wish we could explore not only the tense and exciting parts of pregnancy (like the reveal and the delivery), but also the invisible, quiet bits.

Strangers couldn’t tell I was pregnant until just about yesterday (I’m 33 weeks along). Not too long ago a nurse at a new-patient visit, after taking my height and weight and blood pressure, was stunned I wasn’t worried that my last period was five months before.

~Three months. Can’t spot the fourth person yet, but she’s there.

From week 1 there’s so much going on mentally and emotionally that affects only one girl. Is it enough to make a story out of? Maybe a subplot?

Can anyone point me to some fantasy that fills this gap? (And I do mean fantasy. I recognize there’s a good amount of contemporary fiction with pregnant characters.)

What’s going on in the Middle East right now? I don’t really know. I could find out. Reading news articles and books or interviewing a few people would give me a general idea.

How much does an average person in Palestine know, or someone in Israel? Certainly a whole lot more than me. But I would guess that many on both sides don’t know exactly what’s going on either.

What I’m trying to point out is that there are few if any people who know everything happening on all sides in a political conflict. Most people are not affected directly and/or hear skewed reports. (We tend to get a bigger picture only in the aftermath, like when we found out what Hitler was up to after WWII. And you know what? I bet even WWII historians still don’t know everything.)

Does any one of your characters have all the puzzle pieces? I’m inclined to say he or she shouldn’t. If the reader ever gets a full view of the political conflict, it is usually through multiple points of view.

I think Brandon Sanderson does a good job of this in the Mistborn novels. The characters end up taking two books to figure out everything involved in the political conflict of the first book. 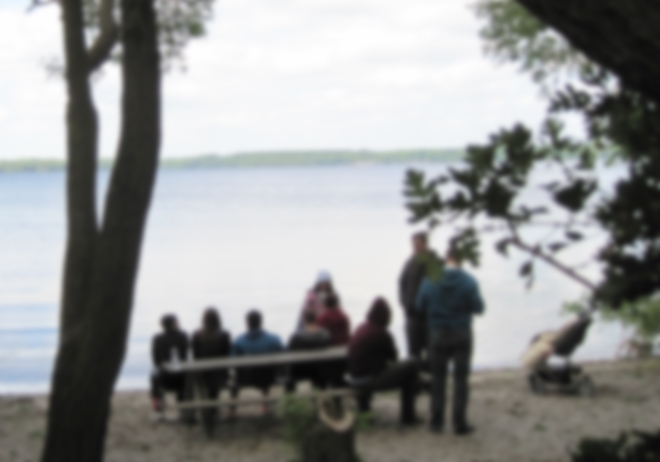 With my in-laws in town this week, I’ve been thinking of fictional families and how to go about writing them. I’m lucky to have grown up in a family where we all got along well the majority of the time, and I have awesome in-laws. With this background, I tend to write very “functional” families. It sometimes bothered me that lots of families in fiction are stuffed full of conflict.

But in recent years, my immediate family has been afflicted with a few falling-outs. I’ve come to see that while I, as a rather easy-going person, never had much conflict with family members, there was sometimes tension between members of my family that I was unaware of until it erupted later.

So even my “ideal” family had tensions and conflicts.

Here are my thoughts:

First of all, give your characters families. It’s easy to make an orphan or estranged character with no ties to family. It simplifies the story. But in reality, there are very few of these loners. Even Harry had the Dursleys, and Pip had Joe and Mrs. Joe.

While family doesn’t need to play a large role in every story, you should know about your characters’ families and how interactions with them have shaped your characters.

How severe is the tension, and is the main character aware of it?

Does it affect the plot? How?

My main advice for writing realistic families (and I need to be better at following this myself) is to avoid extremes. Don’t just write a perfectly loving and always understanding and tolerant family, or a completely dysfunctional and always bickering family. Both of these are parodies. Find the balance in between that is suitable for your character’s family, and let them influence him/her. 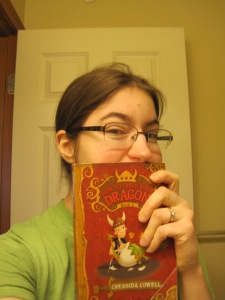 I picked this up on Saturday afternoon and finished it before dinner. It was a breath of fresh air for me from Inheritance. Well, perhaps not “fresh” air–more like a well-needed burp. This book would be great for boys  aged 7 to 12 (and girls too if they’re not above a bit of nose-picking).

The plot of the movie of the same name resembles the plot of this book in much the same way that an apple resembles an orange. Which is to say, not at all. The conflict was aged-up for the movie (hint: the addition of a love interest). However, both are clever and funny. I don’t know if I could pick my favorite.

One thing I liked better about the book was that the dragons had more personality. This is of particular interest to me because the next story I’m looking at writing involves (to put it simply) griffin familiars. Cowell’s dragons have different motives from the humans, which creates friction and conflict between them as Hiccup Horrendous Haddock the Third, the Hope and Heir to the Tribe of the Hairy Hooligans, tries to figure out what makes his dragon, Toothless, tick.

I need to consider what kinds of conflicts would be inherent in a society made up of both humans and sentient griffins. It may be that because the griffins’ sentience stems from their bond with humans they operate on the same kinds of motives, but then again perhaps it is not so simple.

Can you build your fictional world too much? Not really, no.

The more you know about the culture, customs, geography, dialects, religion, mythology, technology, creatures, magic, and what-have-you of your world, the more you’ll be able to make that world three dimensional for your readers.

You can think of your world in three “dimensions”: Geography, Culture, and Conflict. Pretty much any facet of your world can be stuck under one of those. 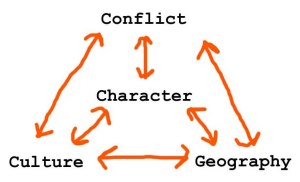 It’s important to develop in all three of these dimensions as you build your world. Also, the dimensions need to be balanced. Drawing a really neat map isn’t much good if it makes no sense in the context of the culture you built; coming up with a language for your main character’s society doesn’t help much if it’s incongruous with conflicts and changes in the society’s history.

Consider how the three dimensions affect each other. For example:

While we all like a well-developed world, character is almost always what keeps readers reading. Whether you build a character within an existing world or you build a world around an existing character, consider how the geography, culture, and conflict affects him or her.

You can’t do “too much” worldbuilding, but you definitely can do too little writing. Nobody’s going to care about your world unless you tell a story (even J. R. R. Tolkien had to tell stories to get people to care about Middle Earth). If you find yourself worldbuilding as a way to procrastinate writing actual words, stop. You’ve got enough to go on. Finish your first draft, and then go back to building the world. Revise accordingly.

In addition, while it never hurts for you to know more about your world, don’t bombard your readers with facts and histories that aren’t critical to the plot of your story. Again, nobody cares how such-and-such overthrew such-and-such unless there’s a story with engaging characters. Maybe you can write more books in the same world to tell those stories, maybe your readers will never know, or maybe someone will publish your notes Silmarillion-style after you’re dead. Either way, resist the urge to explain.